March 9, 2022: Government of Canada launches the next phase in the procurement process for High Frequency Rail.

July 6, 2021: The Government of Canada is taking the first steps in preparing for the procurement process of VIA Rail’s High Frequency Rail project.

August 13, 2021: Cynthia Garneau, President and CEO of VIA Rail, published an op-ed about High Frequency Rail

We are currently sharing the tracks we operate on with freight trains who have right-of-way over our passenger trains. This not only impacts our on-time performance due to heavy congestion on the tracks, but it also means that our train schedules and frequencies are dependent on the access we are granted by the infrastructure owners.

In 2019, VIA Rail’s ridership reached over 5 million passengers, its highest annual ridership in the last three decades. This performance came after five consecutive years of growth (between 2014 and 2019), with an overall ridership increase of 32%. However, we are now approaching the limits of our network's potential to serve the growing demand for our sustainable mode of transportation.

New routes would be established by upgrading discontinued and lower density rail infrastructure, as well as building new tracks between Toronto-Peterborough-Ottawa, Ottawa-Dorion-Montréal and Montréal-Trois-Rivières-Québec City.

The High Frequency Rail project would involve separating passenger and freight rail operations, creating more capacity for sustainable transportation for both people and goods, as well as the opportunity to optimize current services along Lake Ontario and the St. Lawrence Seaway.

This schematic view shows the current network and the additional services that would be offered through the HFR project in more detail. The first route represents the existing shared tracks while the second represents the new ones dedicated to passengers. The dedicated tracks would extend from Montréal to Québec City via Laval, Trois-Rivières, and Québec City Jean-Lesage International Airport; and from Toronto to Ottawa via Eglinton and Peterborough. 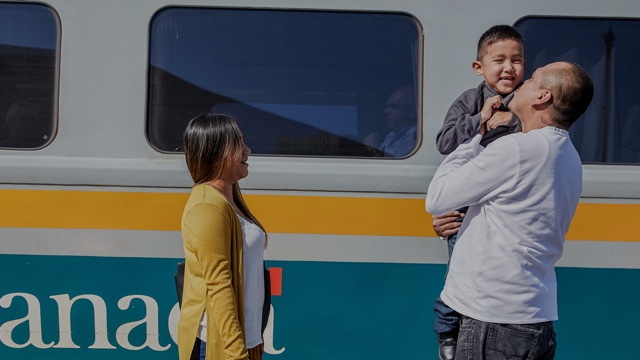 By running on dedicated tracks, High Frequency Rail would offer more frequencies while reducing trip times by 25% and improving on-time performance to over 95%.

The dedicated tracks would allow better control over frequencies, speeds, and traffic priorities. For example, trains could travel at speeds of up to 200 kilometres per hour (124 miles per hour), reducing travel times from Ottawa to Toronto to as low as 3 hours and 15 minutes from current travel times of approximately 4 hours and 30 minutes.

The new High Frequency Rail network would be almost completely electrified to provide Canadians with the sustainable and more environmentally friendly transportation solution they are looking for.

In addition, it would give the flexibility to enhance the capacity of the entire rail network and transform Drummondville and Kingston into regional transportation hubs for trains serving the Montréal - Québec City and Montréal - Toronto routes. Establishing a regional hub in Kingston and Drummondville would improve services through better scheduling adapted to the needs of the surrounding communities, hence contributing to the reduction of greenhouse gases and road congestion, and to increased productivity. 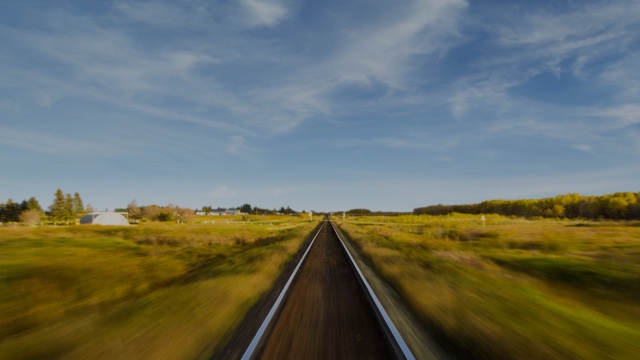 How we choose to get there matters

The train of tomorrow is on the way. A modern design with energy-efficient technology that is also accessible to all. Meet the new fleet