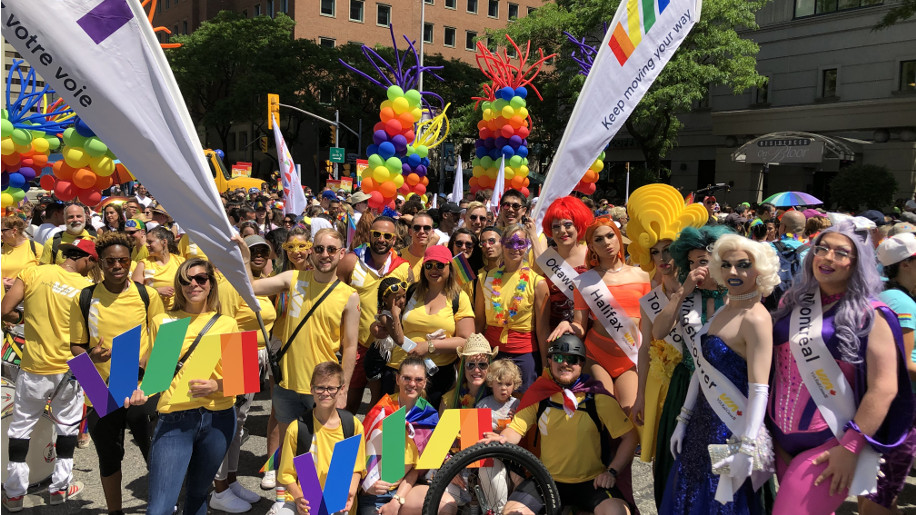 As a proud long-time supporter of the LGBTQ+ community, VIA Rail was thrilled to once again take part in Pride Month this year. We were active partners in the celebrations in June and we’re looking forward to further celebrations in August. 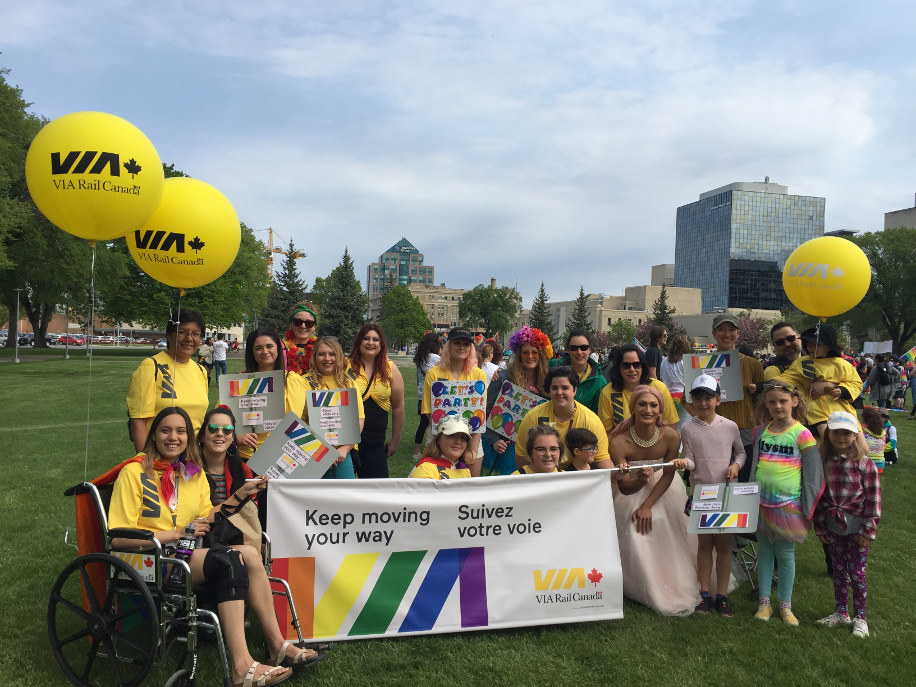 Kicking off our 2019 pride celebrations, employees from our offices in Winnipeg joined in on the parade, proudly representing VIA Rail and our commitment to diversity and inclusion!

VIA Rail is a proud partner of Toronto Pride, one of the biggest pride festivals in the world attended by over one million people every year. Celebrations ran all month long in June and culminated with the Pride Parade on June 23. Over 40 VIA Rail employees, family and friends celebrated their diverse colours in the official VIA Rail float, which was led by our famous miniature train.

We look forward to further celebrations of the LGBTQ+ community and diversity in Montreal on August 18, in Ottawa on August 25 and in Moncton on August 25.

Join the parades and celebrate pride with VIA Rail!